Hashtags are scattered around the most popular tools in the world. Do you know what to use them for or just use them?

Many innovations and tools are created every day, some of them come into our lives in a way that over time we are addicted to their use, as is the case of some social networks for many users. The hashtag is not a platform but is a powerful tool for grouping, selecting, filtering, and empowering.
To talk about Hashtags we need to go back to their origin and meet Chris Messina, 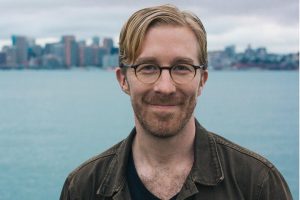 the creator of the famous Hashtag. He worked in Silicon Valley and in 2007 saw the need to group information on Twitter that at the time was something recent, Twitter was released in mid-2006. Messina suggested they used the #, but Twitter countered that this was a very nerd idea to become viral. Chris insisted. That same year, in 2007, one of his friends was tweeting about the San Diego fire (#sandiegofire). Messina asked his friend to use the hashtag and he did. Shortly afterwards other people were using the fire hashtag in San Diego. This shows how powerful ideas are being provided to businesses for free by customers all the time.
Twitter adopted # in 2009, Instagram in 2010, Facebook in 2013 and LinkedIn in 2013/2016. The tool has become so popular that it now helps candidates win presidential elections (#MakeAmericaGreatAgain) or activists to publicize their causes around the world (#BlackLivesMatter, the most used in the world).
People and businesses can be benefited from using Hashtags, and knowing how to use them intelligently is critical to getting the most out of it. Many of the hashtags are randomly created and can become viral, but many others are architected and disseminated with this intention, the result of much research and study.
Among the benefits of using Hashtag are:
# Facilitates the monitoring of news and trends;
# Improve the engagement of the desired audience;
# Links a post to a niche of people, such as #nofilter in Instagram for unhandled photos;
# Simplifies the dissemination of a particular message
# (Depending on your profile and purpose) Track performance with metrics analysis.
Hashtag is an extremely practical, easy and fast tool for both individuals and businesses. It can bring together a topic of interest and increase the chances of your content reaching other users.
#lets #use #hashtags?